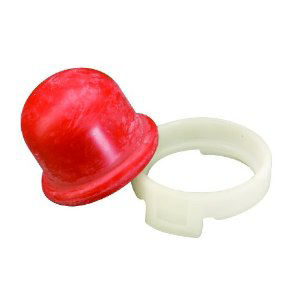 How To Change The Primer Bulb

There are several repair and maintenance repairs that you will continually perform on your petrol chainsaw. One of which is replacing the primer bulb.

The primer bulb is there to assist you with cold starting the chainsaw, and though not an essential part of the chainsaw, it is certainly a very useful part.

Primer bulbs tend to be made out of rubber or plastic which means they are susceptible to wear and tear and breaking.

So if you own a chainsaw with a primer bulb system, it is part and parcel to expect that the primer bulb will break and need replacing.

You can have a professional do it for, but that is a waste of money as changing a primer bulb is a simple job to perform.

5 - Fit New Primer Bulb. Place the new primer bulb in the exact place the old one came out of. Replace the mounting back on the carburetor.

6 - Replace Carburetor. Put the choke plate back in it’s place and then re-screw the carburetor back to it’s home. Replace the air filter and air filter cover and you have then successfully replaced the primer bulb.

These are known as remote primer bulbs and use a snap and ring system to secure them in their proper place within the chainsaw.

It does not matter which model or make of chainsaw that you have, all remote primer bulbs are changed in exactly the same way.

1 - Clamp Fuel Line Return. You do not want any excessive fuel leakage so you need to clamp the fuel return line. You can use any clamping tool providing it does not damage the fuel line.

2 - Remove The Fuel Lines. After clamping the return line you need to remove all the fuel lines from the primer bulb system. All you need is a suitable screwdriver and simply remove the screws that hold the lines to the primer bulb.

4 - Replace Primer Bulb. On your new primer bulb the plastic tabs should simply snap in to place on the mount ring.

5 - Connect Fuel Lines. Reattach the fuel lines to the primer bulb and remove the clamp from the fuel return line and you have then successfully replaced the remote primer bulb on your chainsaw.

When the primer bulb on your chainsaw is cracked or worn it will not perform properly. This is definitely one time that you must change it. Wear and tear and breakage are the highest contributing factors in determining the time to replace your chainsaw primer bulb. However there are other times as well when you should consider changing the primer bulb as well, even if it is not worn or broken.

When You Change The Fuel Lines

Replacing Primer Bulbs That Are On The Carburetor

Depending upon the brand and model of chainsaw that you have, the primer bulb system can differ. But despite the fact that there are different primer systems out there, replacing the bulb is a very similar process with each. There are steps which will apply tp each primer bulb system and it is fair to say that if you can change one particular primer bulb then you can change them all. The fundamentals are the same for each system. On many chainsaws with the 2 stroke engine, the primer bulb is mounted on to the carburetor and the following steps should be taken to replace it:

4 - Clean. Once the old primer bulb has popped out take a rag and wipe any dirt and grease from the primer bulb mounting and carburetor.

When you clean the carburetor

When To Change The Primer Bulb