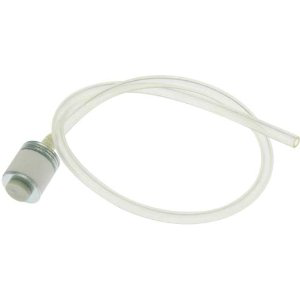 How To Change Fuel Lines

And we all know that the last thing we want is a leaking fuel line on any petrol powered tool.

So whenever giving your chainsaw the once over you should always pay attention to the fuel lines and ensure that they are not leaking in any capacity and are correctly attached.

The carburetor on the chainsaw can be one of two major designs and both have different routing orientations, so you need to know about both.

As said earlier, replacing fuel lines on a chainsaw is child’s play. But where the difficulty comes in to play is the routing issue. The thing is, for reasons we do not know, manufacturers tend not to mark their carburettors which is the incoming and which is the outgoing port. And because it is an easy mistake to make and forget the correct orientation when you remove the fuels lines, this can cause a little difficulty as you must have the fuel lines in their correct respective places for the fuel system on the chainsaw to operate correctly.

If you haven’t then you will experience all sorts of working and starting problems with your petrol chainsaw. Without helpful markings on the carburetor to assist you with this problem, there is a test you can carry out to ensure that the fuel lines have been attached to their correct ports.

The Fuel Line Routing Where The Primer Bulb Is Remote

If the chainsaw you have has a primer bulb system where the system is separate from the carburetor, then you will be aware that the fuel routing in this case is a little more complex than with a primer bulb system that is mounted on the carburetor. The reason for this is that there is a third fuel line in the equation. With this particular type of system you need to remember that the primer bulb assembly is there to pull the fuel through the carburetor and not in to it. After changing the fuel lines on this type of system there are a couple of tests you need to perform to ensure that the fuel lines are attached correctly.

The first test is test the primer assembly. Fuel will only flow one way through them so it is important that you distinguish between the input and output side of the primer. You do this by attaching the fuel lines to the assembly unit and then place both line ends in 2 stroke fuel. Prime the bulb and you will see bubbles emerge from the line which is attached to the out going side of the primer. This means that it is the return fuel line. The other line will not emit any bubbles and is the one which must be attached to the carburetor because the fuel needs to be pulled through the carburetor in to the primer bulb.

In order to test for the fuel routing with this system simply attach the incoming fuel line on to your primer to one of the ports on the carburetor and then attach the third fuel line to the other port. Submerge both lines in 2 stroke fuel and prime. If you see bubbles come out of the primer assembly return line then you know that the fuel lines are attached correctly. If you discover that the primer bulb gets stuck then you will know immediately that the fuel lines are located incorrectly and need to be changed over.